Create an Account - Increase your productivity, customize your experience, and engage in information you care about.

JanBoree Created to Chase the Winter Blahs in January 1985.

The Waukesha JanBoree was the brainchild of three women active in the Waukesha Community who wanted families to have an opportunity to get outside and enjoy winter. It was 1984, when several industries in Waukesha closed, the winter seemed long, and the community needed a lift.

Planning for the first festival began with a study of current Wisconsin offerings. Another park system in southeastern Wisconsin had just ended hosting a winter festival while the The City of Cedarburg had just begun the year before with their emphasis inside stores in the downtown. The City of Fond du Lac offered snowmobile racing, an ice-fishing tourney, and frozen turkey bowling hosted on Lake Winnebago.

Wanting to be unique, Waukesha JanBoree highlighted summer sports held in winter!  Featured in the first event held was a snowball tournament on ice; a nine-hole golf outing carved out of snow-filled links dotted with expired Christmas trees outlining the fairways: an outdoor volleyball tournament in snow; and a 5K race running through the downtown. Activities for youth featured an Optimist Club ice skating race, an obstacle course in snow, a giant snow slide and Snow Goose egg hunt.  To escape the cold, indoor events were planned with music and dancing, arts and crafts, and a pancake breakfast. All of this was done through the financial support of the City’s Common Council and local businesses.

Here’s some fun trivia: the name comes from a staff member combining January and Jamboree to get JanBoree.  “The Waukesha Winter JanBoree” was later shortened to  “Waukesha JanBoree”.  Erich Adam wrote the first official song entitled “ Come to the JanBoree”, which was later replaced by children’s singer-songwriter Ken Lonnquist’s version.
The official tag line was created by a Waukesha marketing firm: “No Mopin’, Nose Nippn’, Cold Snappin’ Good Time”.

One original event that carried over through to 2015 is the opening ceremony.  For the first decade, a dance was held on opening night with live music and was followed by a fireworks show outside on the Fox River.

Ice was one component that has always been featured. In past years, an ice-sculpting contest was held in Triangle Park located in downtown Waukesha. Blocks of ice were placed along the water fountain’s edge and they were lit with blue lights.  Space was limited, so as the event grew, the site for this event was expanded to include all of the downtown area.

The most unique event of all time was the snowslide held in Cutler Park. A snowslide is a solid block of snow carved by snow carvers to fit a particular design. A pvc pipe was placed down the middle of the snow sculpture to allow sliders a secure pass through the snow.  A playground ladder worked out well as the steps to get up to the top.

The first snow design was a dragon, other themes to follow featured a castle with a moat, a pirate ship, and old man winter.  All too soon the winters in Wisconsin changed from snow-filled to icy cold and the snow slide was dropped due to insufficient snowfall amounts.

Another change came about when efforts were made to make the Fox River healthier. Soon it to flowed like a river should, making it no longer possible to freeze over to the depths needed to hold plowing equipment and people, ending two of the most successful events, the Iceball Tournament and ice skating on the Fox River.

Despite the lack of snow and the use of the river, JanBoree still manages to offer exciting indoor and outdoor events.  With the dedication and talents of all of our partners, this premier Southeastern Wisconsin winter festival has grown in time to include more than 30 free, family events attracting more than 20,000 people in attendance each year.

One guiding presence during this entire time is the dedicated staff of the Waukesha Parks, Recreation and Forestry Department, without whose leadership this idea would not have taken flight and “stood the test of time.”

Thank you to all who have had a hand in making this treasured family centered event happen, and to all of you who have come out in winter to enjoy the “company of community.” Without the JanBoree Founders, Susan Harter, Recreation Supervisor, Former Mayor Carol Opel, and former Ald. Nancy Hodge, we may not be celebrating this milestone. 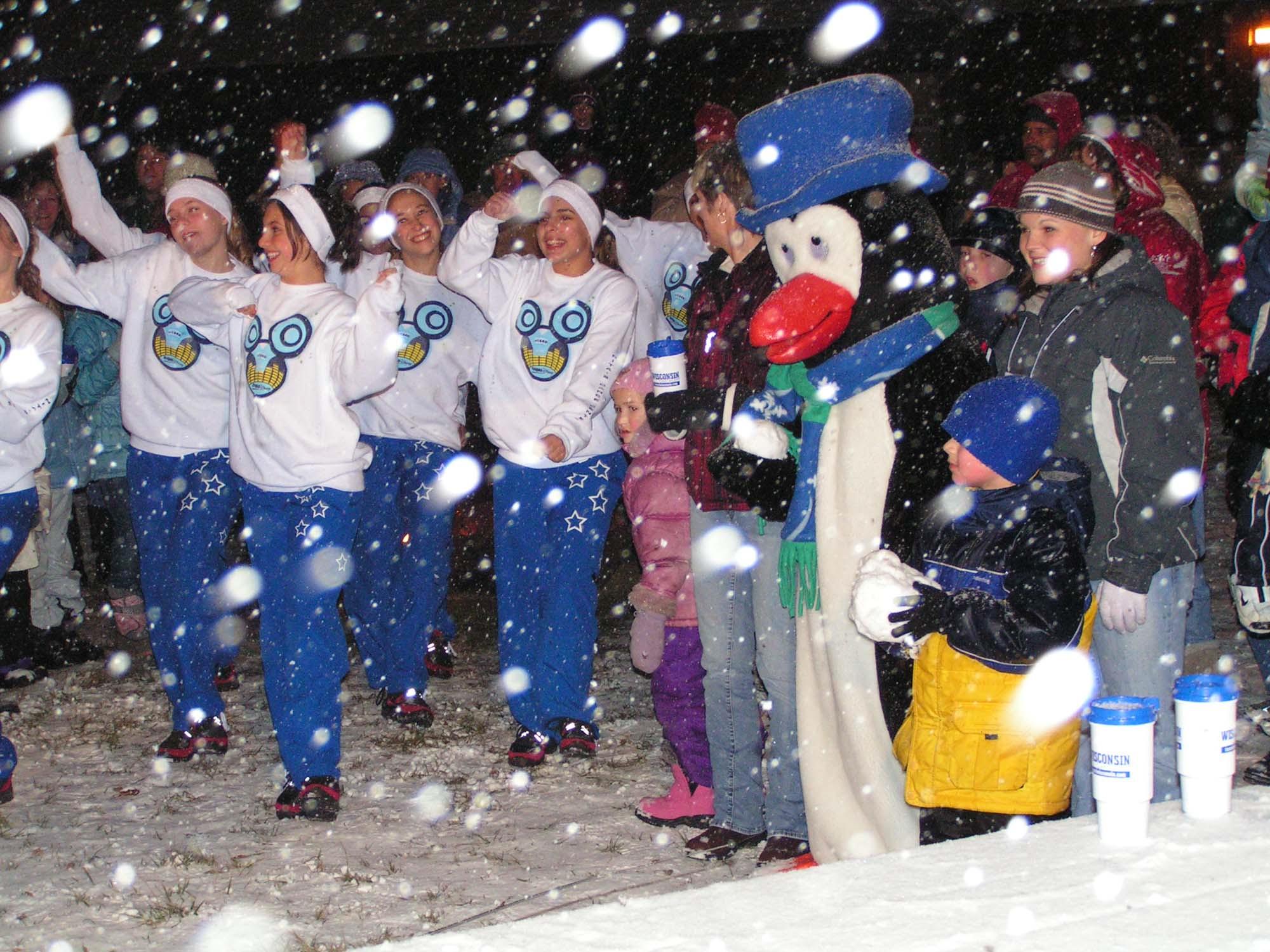